Students withdrawing or taking a leave of absence must contact the College Financial Aid and Business Offices to make necessary financial arrangements. Students are responsible for all costs as determined by the refund policy. A week is defined as beginning on Monday and ending at the end of the day on Friday. If the term begins on a Monday and it is a holiday, the 5th day of the refund policy will be extended to the following Monday at 4:30 p.m. It is the responsibility of the students to complete and submit a Leave of Absence/Withdrawal Request Form.

Withdrawal or Withdrawal/Leave of Absence must be completed during business days Monday through Friday 8 a.m. - 4:30 p.m.

Courses—4 to 10 Weeks and Medical Assistant

These will begin on Monday of the sub-term start dates.

The courses taken from other institutions through the Online Consortium of Independent Colleges and Universities (OCICU) will follow the same refund criteria as the courses taken at NMC.

For a refund of housing, see the latest campus housing handbook, found on the Student Housing page.

Military Tuition Assistance (TA) is awarded to a student under the assumption that the student will attend school for the entire period for which the assistance is awarded.  When a student withdraws, the student may no longer be eligible for the full amount of TA funds originally awarded. To comply with the U.S. Department of Defense policy, NMC will return any unearned TA funds on a proportional basis through at least 60% portion of the period for which the funds were provided.  If a service member stops attending due to a military service obligation, NMC will work with the affected service member to identify solutions that will not result in a student debt for the returned portion.

Once the last date of attendance has been determined, NMC will recalculate a student's TA eligibility based on the following formula:

The amount of TA funding that is earned is determined on a pro-rata basis. For example, if a student completed 30% of the course, s/he earned 30% of the TA funds that s/he was originally scheduled to receive. The remainder of the unearned funds (70%) would be returned to the TA program. If this results in an unpaid tuition balance, payment would be the responsibility of the student. Once a student has attended at least 60% of the period for which TA funds were approved, the student is considered to have earned 100% of the TA funds. 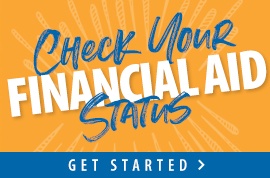